The Russia is the biggest country in the world. Russian language is native language for 300 millions people and more than half of this number can understand it. But let’s face it, this pronunciation isn’t so easy to learn and speak.

Related languages are easier to learn. But for example, Japanese, Arabic languages with their unusual system of writing words and alphabet seem incredibly complex not just for Russian but for English people too.

Russian pronunciation of some expressions and most difficult letters

Alphabet and some Russian words are considered hard to remember. It has 33 letters, some of them are very understandable and sometimes it can be so confusing.
But don’t give up if your pronunciation is far from native! A little patience and Russian will be part and parcel.

Regular reading Russian literature and listening to Russian music can stand you in good stead!

Some Russian words are borrowed from English, like «bank – банк», «internet - интернет», « restaurant - ресторан», « telephone - телефон» and so on.

Position in words can change pronunciation of some letters.

The most difficult part is Russian vowels.

Sometimes Russian letters can be sound lazy with their pronunciation.

The letter Ё (don’t confuse it with E) is always stressed:
–цыплёнок [cip-lyó-nok] – chicken ( There is one more difficult letter «Ы», which is pronounced as «И» in this case)
– ёжик [ózhik] – hedgehog
The key to pronouncing this word is separating it into two parts. For example:
• Апартаменты (Apartamenti) – «apartment»
• Поздравляю (Po-zdrav-lya-yu) — “Congratulations!”
• Рубашка (Ru-bash-ka) — «Shirt».
• Бухгалтер (Buhgalter) – «Counter». There is a missing letter as you can see. The letter «Х» doesn’t sound at all. But this is the right writing grammatically.

Focus on the syllables
Some words tend to have several consonants (two or even tree consonants go together). It can be overwhelming to remember or to recall (for example, word «искусство» - art).
A little advice:

The most important advice is to practice a lot. You cannot pay your full attention to the grammar rules because even native speakers make mistakes. You should focus on speaking part. Try to copy everything you hear from videos or audios. It makes your practice more effective.

Russian grammar is difficult too. There is a lot to learn. And the best way to do that – step by step. Study every day on a regular basic and you can feel the result very soon! As Russians say: «терпение и труд все перетрут» - If at first you don't succeed, try, try again.

Use every opportunity to building up your vocabulary: read magazines, watch videos, listen to Russian jokes or even better have a friend you can speak with.

How can you do? help yourself?

Practice of Russian pronunciation
To be able to speak Russian fluently, you need to start to think in Russian (make jokes, learn culture, construct right sentences, etc.). The best way to get it is to find a Russian friend. It would be much better if it will be a pen pal. As a result, you can help your friend with English and he can do the same with Russian.
Get out of your comfort zone
When you start something new be prepare to awkward situations. It sounds scary, but it's a way to develop and improve your pronunciation skills. Talk to strangers, ask for directions, order food in the restaurants, try to make a joke.
Immerse yourself in the language
Remember, the best result of learning a Russian language is when people answer you. The ability to maintain even the simplest conversation is already a huge reward. Don't worry: you won't annoy people with your pronunciation if you don't speak their language correctly. But if you want to do it in the most effective way you can come to us. 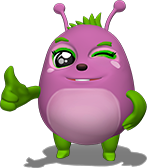 We present Capital School Center, the most innovative language school, which method was highly approved by international language centers. We have the interactive panel (board) that allows you to immerse into educational process from the very first lesson.
We can offer several forms of education: standard and mini groups, individual classes and online education (using Skype).
Even if you are a beginner and feel uncomfortable in classes you can achieve your goals very quickly.
Don’t put aside your study on Russian pronunciation. Come to us and we do our best for you!